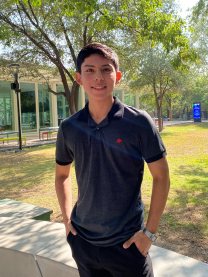 I am part of the Folkloric Ballet "Tierra Brava" and the first rondalla in my municipality "Rondalla de mi Pueblo". I acted in several plays at school and for CONARTE programs. I participated in local, state, national and selective Pan-American karate tournaments, becoming state champion in black belts and national karate champion in green belts. I have also been involved in state, national, and international tournaments. I became a national champion in the Mexican Robotics Tournament 2022 and representative of Mexico in the Robocup Thailand 2022. I am a school mentor for students with learning disabilities and director of a basic level English course.

Dream For Your Country:

I wish that Mexico had less social inequality and greater class consciousness, that everyone had the opportunity to be successful and achieve upward social mobility. Another point would be to have security, not to be afraid when going out to play or on the way to school. I would love for Mexico to have greater international relevance in competitions, events, and research, opening new gaps for new opportunities.

"Being free is not only untying one's chains, but living in a way that respects and enhances the freedom of others." - Nelson Mandela